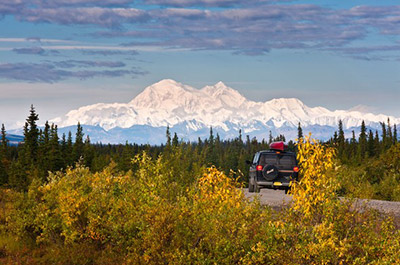 Nonstop destinations offered at ANC are nearly back to pre-COVID-19 levels with scheduled inbound seat capacity forecast to be up more than 750,000 seats, an increase of 117% versus last summer. Fairbanks is forecast to be up 62,500 seats, a 126% increase over 2020. Regardless of the Canadian restrictions, ANC and FAI are determined to safely bring travelers to Alaska this summer and help Alaska’s tourism economy.

“We are extremely disappointed in Canada’s decision to restrict cruise ships this summer. However, Alaska is more than just a cruise destination,” said Airport Director Jim Szczesniak. “For this summer, Alaska is forecast to be one of the most popular destinations in the U.S. ANC, and our sister airport FAI, provide access to the wonders of Alaska.”

Alaska leads the nation in vaccinations per capita, has one of the lowest rates of COVID-19, has a 72-hour pre-departure testing requirement, and pioneered the nation’s first airport COVID-19 screening and testing program.

“The protocols in place allow us to safely welcome visitors to Alaska through our airports this summer—creating jobs and reinvigorating our economy at a critical time when Alaskans are looking to get back to work,” said Szczesniak.

Throughout the pandemic, ANC has been above the national average for passenger service retained. ANC is projecting this trend will continue the summer, down only 7.3% below the levels of the record 2019 summer.

“Before Canada’s decision, there was uncertainty about the cruise season and Alaska was still the fourth most searched summer destination on Kayak.com. The cruise traffic that was using Anchorage and Fairbanks pre-COVID, were ‘cruisers’ doing a land package at the beginning or end of their cruise,“ said Fairbanks Airport Manager Angie Spear.

“The attractiveness of the land package is still strong through ANC and FAI. There is no better time than now to book an Alaskan adventure for this summer.”

Americans are eager to travel domestically. More than 35 million Americans have already received their first vaccine shot and that number grows daily. By summer there will be a large population of Americans vaccinated and ready to travel.

Alaska provides the exotic allure of an international destination, with vast amounts of space, at a time when social distancing is at the forefront of everyone’s mind.

“If Canada doesn’t want you—fly over Vancouver—Alaska will be more than happy to welcome you. And, travelers seeking to visit Southeast Alaska can take advantage of ANC’s non-stop flights to Southeast. Juneau, Ketchikan, and Glacier Bay National Park are just a short flight away,“ said Szczesniak.

Fairbanks is the gateway to the heart of Alaska:

The current scheduled summer nonstop markets between FAI and the Lower 48 are: Seattle, Dallas, Chicago, Minneapolis and Frankfurt, Germany.

Fairbanks International Airport is the gateway to Alaska’s interior and Denali National Park. It’s one half of the Alaska International Airport System and serves more than a million passengers annually. Equipped to handle any size and type of aircraft, anytime, with state-of-the-art landing systems and terminal facilities. Accounts for 1 in 20 jobs for a total of 1,900 jobs in Fairbanks.

The Alaska Department of Transportation and Public Facilities oversees 235 airports, 10 ferries serving 35 communities, over 5,600 miles of highway and 731 public facilities throughout the state of Alaska. The mission of the department is to "Keep Alaska Moving through service and infrastructure."