You are here: DOT&PF >  Office of the Commissioner

Office of the Commissioner 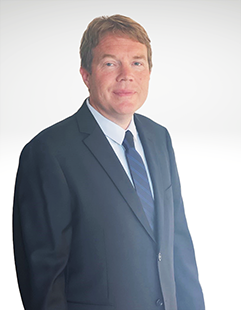 Ryan Anderson, P.E., serves as commissioner of the Alaska Department of Transportation & Public Facilities. Under his direction, the department is responsible for the planning, design, construction, and the maintenance and operation of Alaska’s transportation system, public buildings and facilities. He believes that a sound transportation system is a foundation for community vitality, and that connecting people and cultures through infrastructure provides economic opportunities that improve people’s lives.  He most recently served as the Director of DOT&PF’s Northern Region.

Since receiving his Alaska Civil Engineering license in 2003, he received recognition for transportation excellence and innovation from the Northwest Arctic Leadership Team, WASHTO, FAA, FHWA, and the Alaska Society of Engineers, Fairbanks Chapter.  He is currently a member of the AASHTO Council on Highways and Streets.

Above Photo Banner: Where the earth meets the sky, reflection on the new asphalt runway at Galena Airport. By Larissa Figley, Alaska DOT&PF