This byway has many breathtaking views as you travel the 14.7 miles of Walden Point Road from Annette Bay to the community of Metlakatla. Waterfalls are plentiful, and some beautiful creeks that support fish spawning. Sitka Blacktail deer are a common sight along the muskeg side of the road as well as occasional sightings of Alexander Archipelago Wolf traveling quickly back into the forest. The road travels along the edge of the forest and overlooks the ocean giving incredible views stretching far off into the distance, it is possible to see Gravina Island, Prince of Wales Island, the Percy Islands and off across the vast ocean when the weather is clear. Chester Bay and all the islands in it are stunning especially in the summer when you can watch the salmon gillnet and seine fleet at work.

Annette Island Reserve (AIR) began in 1887 when a Tsimshian population migrated from British Columbia with their beloved spiritual leader missionary William Duncan to form what is now known as the Metlakatla Indian Community (MIC).   In 1891, the island was officially recognized as a Federal Indian Reserve It is the only Indian Reserve in the State of Alaska.

Annette Island is approximately 130 square miles of land; approximately 21 miles long by 10 miles wide. All of the land on AIR remains in MIC ownership. .  There are approximately 1,400 members who live on the island of whom are mostly are of Tsimshian decent. The community government leases lots for residences and commercial ventures.   The work of building Walden Point Road began in 1998. The Department of Defense military completed Walden Point Road early in 2010 in an “innovative readiness training” program. The completion of the road increases access to much of the central part of the island, previously only accessible through old logging roads.

The Walden Point Road and future Alaska Marine Highway services will provide a much needed boost to the community’s economy, which currently includes salmon commercial fishing, seafood processing, an Indian casino and tourism. The new road also will provide residents access to Ketchikan’s hospital and medical facilities, shopping, and other services necessary for a comfortable lifestyle. A consistent daily schedule and a shorter ferry route will open up opportunities for workforce placement, college education, and even access to recreational facilities, while allowing Metlakatla residents to remain in their own community.

At your Destination, Metlakatla 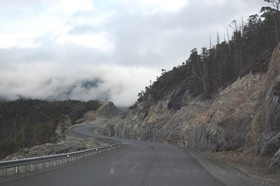 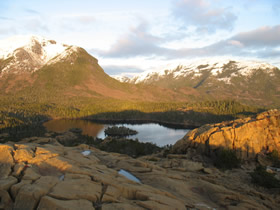