Why so many roundabouts?

In 2000, Alaska did not have a single roundabout. Now the state has more than 40 roundabouts with more on the way. You may be wondering, why so many roundabouts? The trend in Alaska mirrors the trend across the United States for a simple reason: they are much safer than a traditional signalized or four-way-stop intersection.

What makes them safer?

How much safer are roundabouts?

The numbers are hard to ignore. According to national studies, intersections that were converted from a traditional, signalized intersection to a roundabout experienced:

We have seen similar results at roundabouts in Alaska. In the ten years since roundabouts were installed at an intersection in North Pole, there have been zero injury crashes and a 68% reduction in crashes overall.

Why roundabouts? Because they're safer. from AlaskaDOTPF on Vimeo. 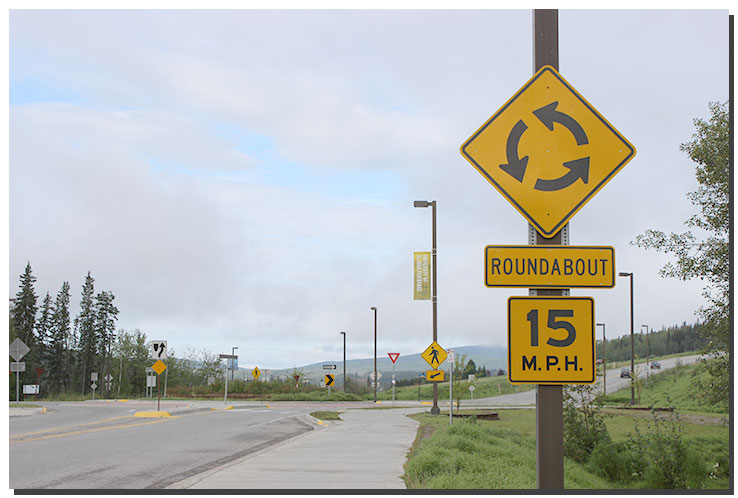 The tremendous improvements in safety at roundabout intersections would be reason enough to consider a roundabout alternative, but there are other benefits as well.

DOT&PF has adopted a “Roundabout First” policy, which states that designers must provide a written justification of any decision to install a traffic signal instead of a single-lane roundabout. Roundabouts are not appropriate for every intersection, but under the right circumstances, they can save lives, reduce injury, and save money.

Tips on driving a roundabout

Some drivers may feel anxious about driving in a roundabout because they are less familiar with them. We understand that new things can be intimidating, but rest assured that roundabouts are easy to navigate when you remember a few simple rules:

Watch this video produced by DOT&PF for driving tips on navigating roundabouts:

Roundabouts v.2: the yield from AlaskaDOTPF on Vimeo. 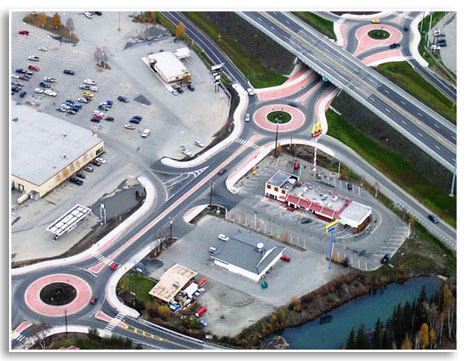 Several intersections near the Richardson Highway interchange at Santa Claus Lane and Badger Road in North Pole experienced a higher than average crash rate compared with similar intersections, with 12 injury crashes in the ten years prior to the roundabouts project. In the first seven years after three roundabouts were constructed near the interchange, there have been zero injury crashes. 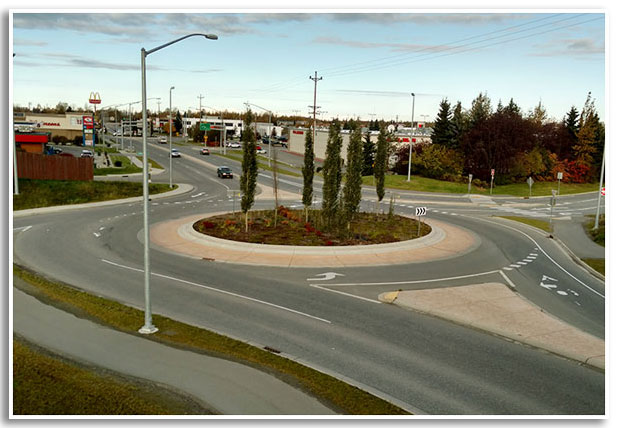 Many minor roads and driveways access Huffman Road between the Old Seward Highway and the Seward Highway.  Traffic along this corridor made for risky left in and left out turns at the access points, and conflicts were common prior to construction of the roundabouts.  The Huffman Road roundabouts have made travel on this corridor less risky and allowed DOT&PF to change several access points to right in and right out only turns, removing many left turn conflicts.

As of February 2020, Alaska has 42 roundabouts, with several more planned in the coming years. Click on the map below to find more information on roundabouts in your community and throughout the state.