ASTEP was created to reduce deaths and injuries caused by impaired drivers and to increase compliance with Alaska’s primary seat belt law. ASTEP’s strategy is to place extra enforcement in areas where it is needed the most to remove drunk or impaired drivers from Alaska’s roads by using a combination of law enforcement and traffic crash data. Alaska's traffic fatalities have declined from 73 in 2005 to 57 in 2010; traffic non-fatal injuries have declined from 5,974 in 2005 to 4,642 in 2008; and the overall observed seatbelt use has increased from 78.4% in 2005 to 86.8% in 2010.

Alaska signed an agreement with the National Highway Traffic Safety Administration (NHTSA) July 1, 2005 to become one of 15 states with a Strategic Traffic Enforcement Partnership (ASTEP) Program to reduce deaths and injuries caused by impaired drivers and to increase compliance with Alaska’s primary seat belt law. The pilot program was originally a 10-month effort which was comprised of both Alaska State Trooper Detachments and Local Police Departments who participated in saturation patrols, which occurred on Friday and Saturday evenings throughout each month. 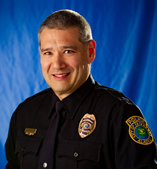 Sergeant Gary Yamamoto started his law enforcement career in Lewiston, Idaho in 1986 as a reserve officer for the city.  He was hired as a deputy sheriff in 1988, and moved to Alaska to work as a police officer for the University of Alaska Fairbanks in 1992.  In 1993, Gary was hired by the Fairbanks Police Department as a police officer where he later became a Field Training Officer, part of the Serious Traffic Collision Team, a Breath Test Supervisor, Commercial Motor Vehicle Inspector, Firearms Instructor and SFST instructor.  In 2005, Gary was promoted to Sergeant and currently works swing-shift with his focus on supervising his shifts, but is still able to get out, take calls for service, write citations and arrest impaired drivers. Gary married his high school sweetheart, Patty, in 1978 and together they raised three children, who are now grown with families of their own.  Currently, they have five grandchildren all in the Fairbanks area. 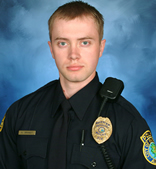 Officer Allen Brandt graduated with a Bachelor’s of Arts degree from the University of Alaska Fairbanks in 2004.  Officer Brandt was a member of Police Corps and attended the Washington State Criminal Justice Academy before beginning employment with the Fairbanks Police Department on March 1st, 2005.  Officer Brandt has served as a member of the Fairbanks Police Department Traffic Unit since April 2008.

Officer Thomas Gaulke has been employed with the Anchorage Police Department since March 1995 (16 years).  He has spent the majority of his career as a dedicated patrol officer and has been in the traffic unit three times during the beginning of his career with APD (1996-1997), (2006-2007), and (2010- present). Officer Gaulke is a graduate of Bartlett High School and has degrees from the University of Alaska Anchorage (AA) and Chapman University (BA).

Officer McBroom’s involvement with in Law Enforcement began in 2003 when he was appointed as the Chaplain for the Fairbanks Police Department. In an attempt to better minister to police officers, he put himself through the TVC Law Enforcement Academy in Fairbanks, Alaska in the fall of 2007. During that time, he learned about the Reserve Officer Program at the North Pole Police Department. After graduation, he began volunteering his time as a Reserve Officer. While staying active in the ministry, he accepted a full time position with the North Pole Police Department as a Patrol Officer a few months later. In December 2008, he was selected to a 3 year assignment as the DUI/Traffic Enforcement Officer, with his primary focus being DUI Enforcement, Occupant Protection, Speed Enforcement and Public Education.  He was trained in Advanced Roadside Impaired Driving Enforcement in 2009 and became a Drug Recognition Expert in February 2011. Officer McBroom continues to be involved with teaching DUI Enforcement and Drug Impaired Driving at the TVC Law Enforcement Academy and became a DUI/SFST Instructor in 2010. Officer Phil McBroom became a Baptist minister in his late teens and was employed full time on the pastoral staff at a Baptist church in North Pole for nearly 7 years. During that time, he earned a Bachelor’s and Master’s degree from Great Plains Baptist College in Sioux Falls, South Dakota.

Officer Marvin Towell began his employment with the City of Soldotna on September 28, 1998. He supervised the Patrol Division until March 3, 2000, when he was transferred to Administrative Services. Prior to coming to Soldotna, all of Officer Towell's police experience (not including military police) was in the State of Arizona. He started in 1975 in Pinal County Sheriff's Office as a Deputy Sheriff, patrolling the desert! After 2 years, he was hired by Coolidge City Police Department. He was promoted to Sergeant after 2 years. After 3 years at Coolidge PD, he relocated to Willcox, AZ and was hired by Wilcox PD as a Patrol Officer. In 1983 he was promoted to Sergeant and in 1987 he was promoted to Lieutenant. In 1989 he was hired by Parker Police Department as their Chief of Police. In 1996 he was hired by LaPaz County Sheriff's Office as their Emergency Services Director and Environmental Crimes Enforcement Officer. Officer Towell is a graduate of the 181st Session of the FBI National Academy (1995) and is a current member of the FBI National Academy Associates, Alaska Chapter. He is a former member of the IACP and Arizona Chiefs of Police Association. In 1985, he graduated from Cochise College at Douglas, Arizona majoring in Criminal Justice.  In December 2002, Officer Towell received his Bachelor's in Criminal Justice from Almeda College and University in Boise , Idaho. Officer Towell is currently assigned to the Soldotna Patrol Division.

Please note: You must have Acrobat Reader to open any

documents on this page. If you do not have Acrobat Reader, click to download the FREE software.