Why is the FAA NextGen (Capstone) program important?

Alaska experiences the highest aviation accident rate in the nation. The hazards of bad weather, rough terrain, and absence of radar coverage all contribute to the high Alaska accident rate. Congress funded a research and development program called Capstone in western and southeast Alaska that created a technology system to improve flight safety and community access in rural Alaska. Capstone demonstrated a 47% reduction in the aviation accident rate, and was so successful that FAA decided to implement the technology nationwide, which is now called Next Generation or NextGen.

What is the FAA NextGen (Capstone) program?

NextGen in Alaska is a cooperative effort by the FAA, Alaska aviation industry, and State of Alaska to improve aviation safety and community access by using a suite of new technologies that provides better flight information to pilots. NextGen equipped airplanes have a “moving map” video display screen, as can be seen in the picture below, which shows the pilot his own location relative to terrain, weather, and equipped airplanes in the vicinity. 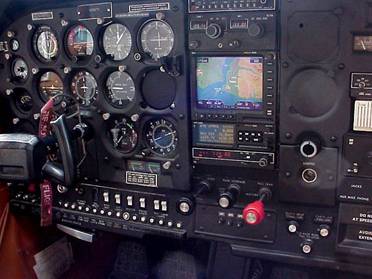 Also in the event of an aircraft accident NextGen lets Air Traffic Control know the precise location of a downed aircraft. This allows rescue workers to know exactly where they should go to locate the aircraft, greatly improving the chances of a successful rescue effort in remote locations while substantially reducing search and rescue costs. Capstone provides all players in the aviation system much more and better information improving safety and rural community access for the flying public. 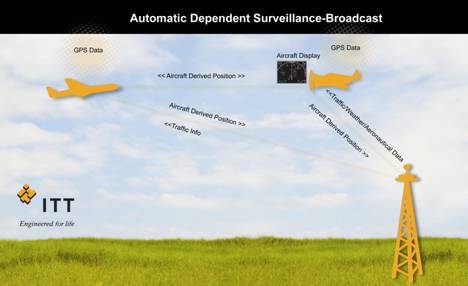 What is the FAA implementation plan?

FAA plans to implement Capstone nationally setting geographic priorities based on FAA’s evaluation of where they would get the most benefit for their investment. FAA’s analysis places Alaska near the bottom of the implementation list even though the Capstone program was developed in Alaska by Alaskans. However, FAA signed an agreement with the Alaska aviation industry to accelerate Capstone implementation in Alaska based on the number of aircraft that would install the Capstone avionics equipment. FAA views this approach as reducing their risk and improving Alaska’s Capstone benefit/cost ratio. Full implementation would occur when the Alaska aviation industry achieves avionics equipage in the aircraft that fly 90% of the total flight hours flown in Alaska, or 4,091 aircraft.

The Capstone Statewide Plan calls for a five-year “stair-step” approach where the FAA agreed to install and maintain Capstone ground and satellite infrastructure as specific number of Alaska aircraft install Capstone equipment. If the Alaska aviation industry fails to meet the equipment installation levels, FAA could reallocate the funding to a different geographic area of the U.S.

Why should the State of Alaska participate?

The Capstone program is an initiative to improve safety and rural access for the flying public in Alaska. The maximum benefits from the system will be realized by Alaskans when the maximum number of aircraft is equipped with Capstone avionics, which enables pilots to see and be seen on the Capstone system. Full avionics equipage will reduce the chance of mid-air collisions and accidents related to terrain or weather problems. Search and rescue costs will be reduced significantly. Rural access to medevac services will be greatly improved. The Capstone system serves public’s best interest by improving public safety.

What's happening with Capstone in Alaska?

FAA will fully deploy Capstone infrastructure statewide if Alaska is able to achieve avionics equipage in at least 4,091 aircraft. While Alaskans created and are "early adopters" of Capstone technology, the main challenge is how to pay for avionics in each aircraft In 2008, the Alaska Legislature created the Alaska Capstone Avionics Revolving Loan Fund, a low-interest loan program to help aircraft owners purchase and equip Capstone electronics in Alaska based aircraft. The Division of Investments in the Alaska Department of Commerce, Community, and Economic Development administers the program. Terms of the loan program include no more than 10 years, interest rate not less than 4%, up to 80% of the purchase price, and collateralization for the loans. The loan program began July 1, 2008.

The State of Alaska approved $125,000 in capital funding in the FY 2009 budget to equip seven aircraft with Capstone electronics. This incudes equipping four IFR and three VFR aircraft in the Division of Wildlife Conservation, Alaska Department of Fish & Game.

Additionally the state made a grant of $30,000 to the Alaska Air Carriers Association to help promote the Capstone Avionics Revolving Loan Fund to aircraft owners.

NextGen in the media

In January 2010 US Senator Mark Begich wrote about Capstone, now known as NextGen, in the publication The Hill. Begich said it "is the comprehensive initiative to modernize the nation’s air traffic control (ATC) system from outdated ground-based radar to a more accurate satellite tracking system. NextGen also incorporates other technologies, which will increase efficiency in our skies and provide air traffic controllers and pilots with better communications and awareness of weather and surroundings."

In April 2010 former FAA director Marion Blakey wrote an article for the Anchorage Daily News about NextGen in Alaska; Juneau airport to join technology revolution. FAA turned on the ADS-B system in Juneau this month, which is one of the four sites FAA needed to turn on before issuing the National Public Rule on NextGen standards. The three other sites include Florida, Gulf of New Mexico, and Louisville.