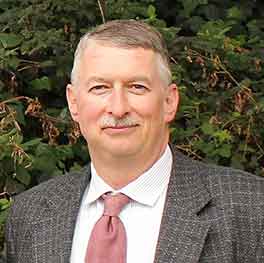 (ANCHORAGE, Alaska) –The Alaska Department of Transportation and Public Facilities (ADOT&PF) is pleased to announce the appointment of Jeff Roach as Airport Manager of Fairbanks International Airport, with an official start date of November 12th.

“Jeff’s knowledge and experience make him exceptionally qualified for this position.  He will be a valuable addition to the international airport team,” said John Binder, ADOT&PF deputy commissioner.

Roach has a career of more than 30 years of aviation experience in Alaska, most recently as ADOT&PF Northern Region Planning Manager, Aviation and Highways, where he was responsible for planning and programming for more than 100 airports. He is an active member of the Fairbanks community, serving on a variety of volunteer boards and committees.