Skip to content
You are here: DOT&PF >  Office of the Commissioner> Reports, Studies, Resources > Safety Corridors

Corridor Map
What is a Traffic Safety Corridor? 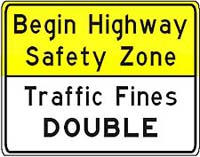 Each year, the Department of Transportation and Public Facilities dedicates millions toward making Alaska’s highway system safer for the traveling public. Yet each year, highly publicized crashes on Alaska’s highways remind us that our roads are only as safe as the drivers who use them.

Research has shown high-risk drivers are a significant contributing factor in giving our so-called “most dangerous highways” their reputation. Other states have proven that targeting reckless, intimidating and aggressive driving as well as drunk driving can have an immediate positive effect on the safety of a road corridor. 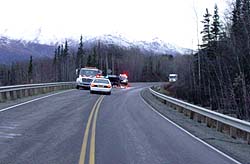 With that in mind, Governor Murkowski signed into law a bill that gives the DOT&PF the ability to designate “Safety Zones” within stretches of highways with unacceptably high incidences of fatal and major injury crashes.

Like “Work Zones,” the traffic offenses committed within these designated corridors come with double fines from law enforcement. The offense of passing within a no passing zone also comes with it the penalty of two additional points against a motorists’ license when it is committed inside a safety zone. 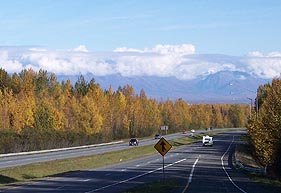 The final decision on designating a safety corridor is determined by the Commissioner for DOT&PF and the Commissioner for Public Safety after conferring with appropriate agencies. There must be a commitment by state or local law enforcement to provide increased enforcement within the corridor for it to be effective. Another provision of the bill directs that 50 percent of the fines be appropriated to DOT&PF highway safety programs, which can then be used to fund additional level of enforcement in traffic safety corridors.

A safety corridor is removed when the fatal and major injury rate per mile falls below the statewide average for a three year period or if traffic enforcement agencies agree it is no longer effective or necessary.

On May 26, 2006, the Seward Highway from MP 90 near Girdwood to MP117 near Potters Marsh was designated as the first safety zone.

On Oct. 16, 2006 Governor Murkowski designated the Parks Highway from MP 44.5 to MP53 as the state’s second Safety Corridor.

Seven other states have adopted a similar program with good results. Oregon established one of the earliest program 10 years ago and has seen a 45 percent decrease in truck-at-fault crashes per corridor. New Mexico had a 100 percent reduction in fatal collisions in its safety corridors.

Safety zones are a cost-effective way to reduce the high rate and concentration of fatal and severe injury crashes by targeting reckless, intimidating and aggressive driving. They work because research has shown that high-risk drivers respond to increased enforcement and the threat of increased fines. They are frequently used as a temporary measure while road construction projects are designed and constructed to further mitigate problems.